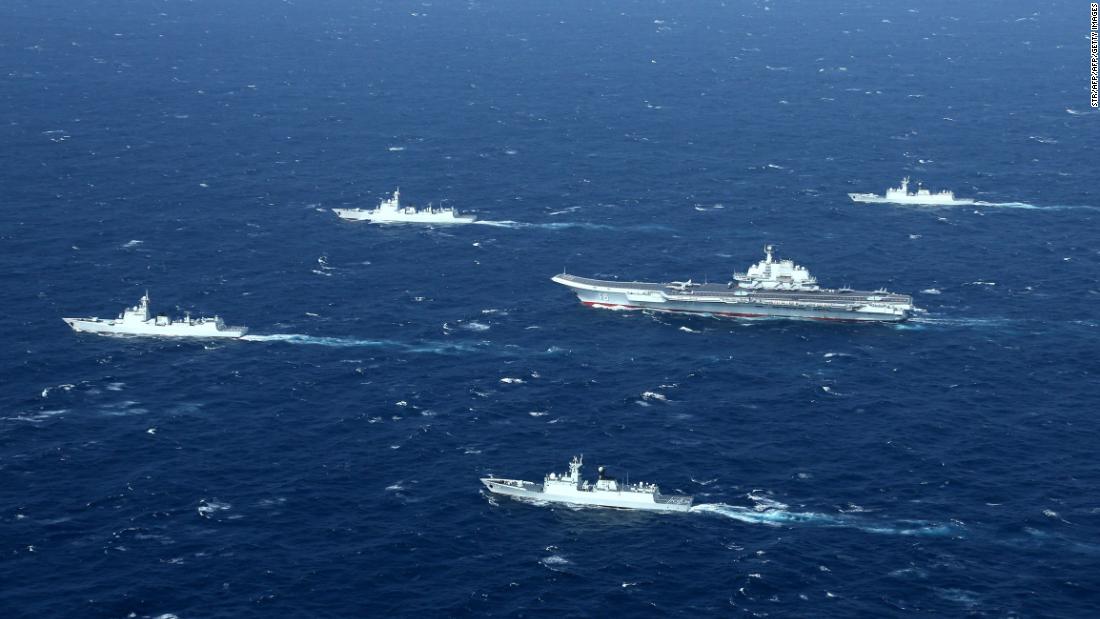 That toolkit included island-building, deploying advanced weapons systems to disputed areas, engaging in predatory economics and the alleged state-sponsored theft of military and civilian technology — all activities the US has previously accused China of undertaking.
Beijing claims almost the entire 1.3 million square mile South China Sea as its sovereign territory and aggressively asserts its stake, with President Xi Jinping saying it will never give up “any inch of territory.” US military officials, meanwhile, have vowed to continue enforcing a free and open Indo-Pacific.
Shanahan said that the Indo-Pacific region was the US’s most important theater from a security perspective.
“We can’t … continue to look the other way as countries use friendly rhetoric to distract from unfriendly acts,” he said, adding that Washginton had a “deeper and broader” network of allies and partners in the Indo-Pacific than China. 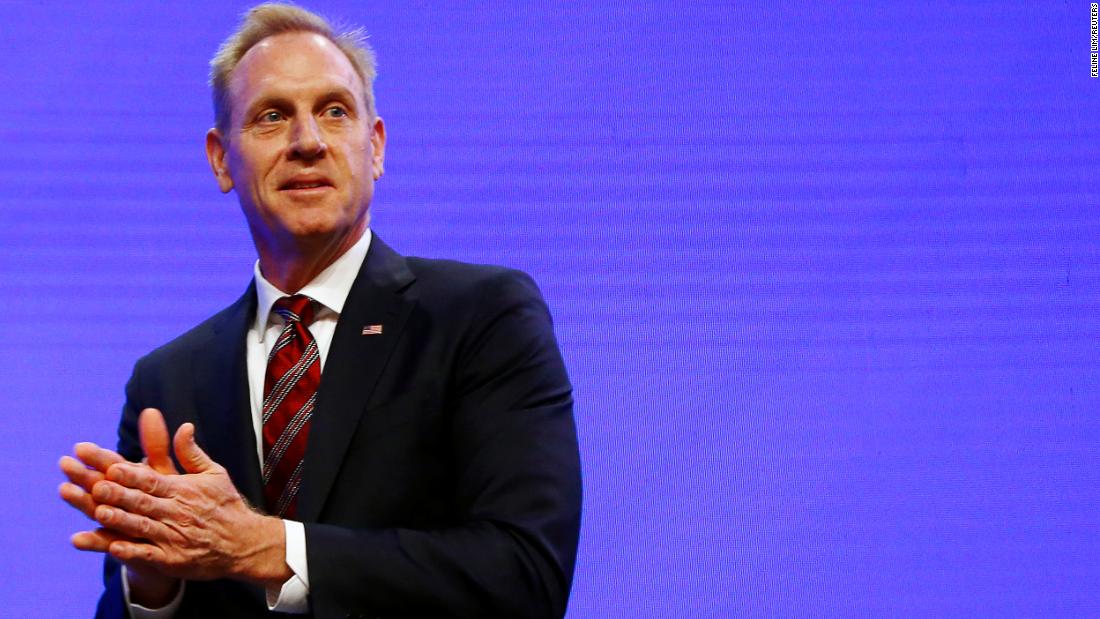 Peter Layton, a former Australian military officer and analyst at the Griffith Asia Institute, called Shanahan’s speech “a little disappointing.”
“It continues the criticism of China but does not propose a strategy to address the concerns expressed or operationalize the current Indo-Pacific strategy as many expected,” he said.
But Meia Nouwens, a research fellow at the Internatioanl Institute for Strategic Studies in London, said Shanahan didn’t ease the anxieties of its Asian allies, either.
“I think it’s clear countries in the region will remain concerned about having to choose sides between the US and China,” she said.
Later, Shanahan did directly reference Beijing, saying that it had once been a partner with the USin the region’s prosperity, but would have to change the way it operated to be that positive partner again.
“Behavior that erodes other nations’ sovereignty and sows distrust of China’s intentions must end,” Shanahan said. While taking questions from the floor after his speech, he added: “We’re not going to ignore Chinese behavior. In the past, people have kind of tip-toed around that.”
The US defense secretary said Washington and Beijing had a host of trust issues that needed to be addressed, including over 5G communications networks — an issue where Washington has been at odds with China’s industry leader Huawei. 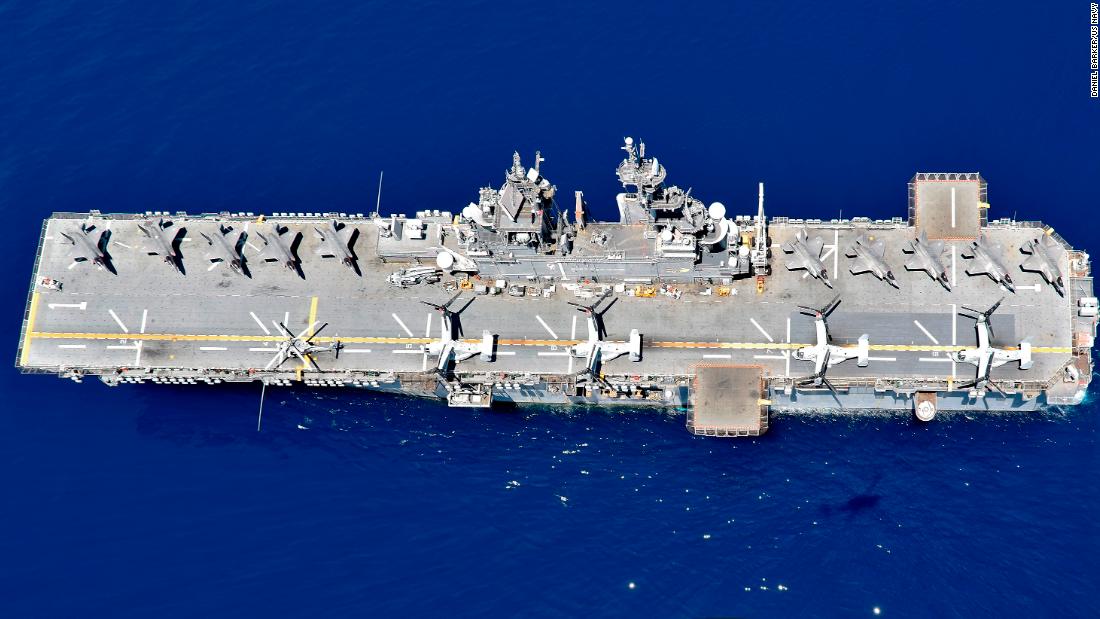 On one front, at least, Shanahan played down US-China tensions.
“I don’t see a trade war. I see trade negotiations that are ongoing,” he said.
Shanahan also said US-China trust levels could be improved by cooperating on issues where there should be coming ground, such as enforcing sanctions on North Korea. On Friday evening, the acting US defense chief met with his Chinese counterpart, Gen. Wei Fenghe, and gave him a “beautiful book” about “ship-to-ship transfers of oil,” suggesting that the US and China could jointly crack down on North Korea’s ship-to-ship smuggling that skirted UN Security Council resolutions. 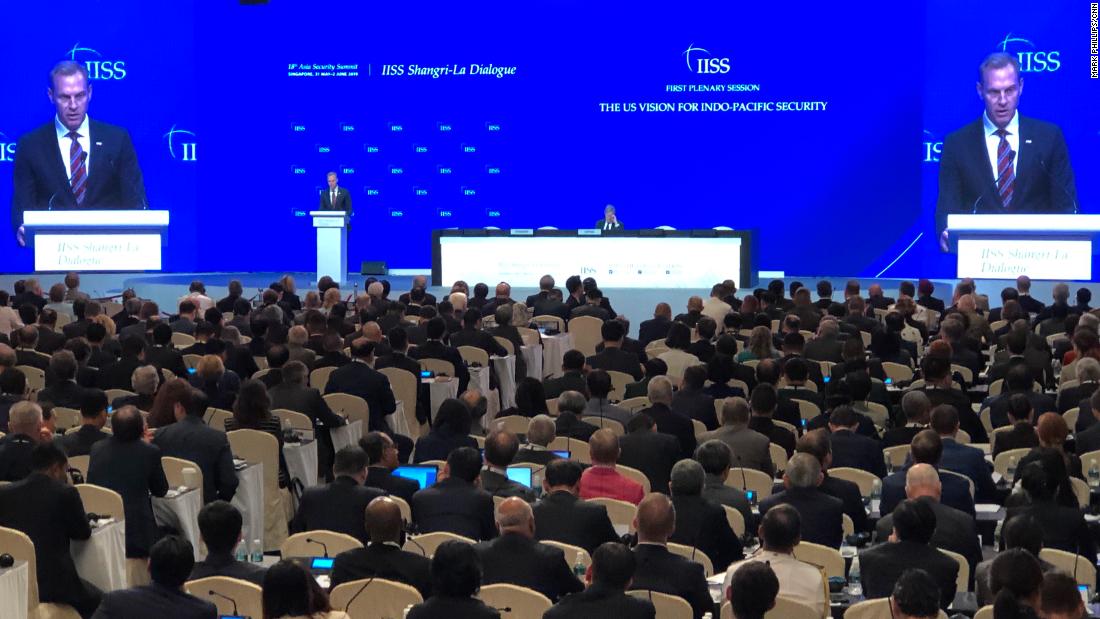 Shanahan also said he discussed 5G technology with Wei. He said: “Huawei is too close to the government. The integration of civilian businesses with the military is too close. That’s too much risk for the (defense) department. We can’t trust that those networks will be safe.”
At the conclusion of his Saturday appearance at the defense conference, Shanahan took a question from a major general from China’s People’s Liberation Army.
The Chinese general asked how Shanahan’s former experience as an executive with Boeing could contribute to improving US-Chinese relations.
“My experience working at Boeing carries over,” Shanahan said. “China was our biggest customer and biggest competitor. You have to understand how to live in that duality. Competition means playing by the rules.”
Shanahan’s comments, however, aren’t the end of the debate at Shangri-La.
On Sunday, Wei, the highest-ranking Chinese official to attend the forum in eight years, will take the stage in the main ballroom.