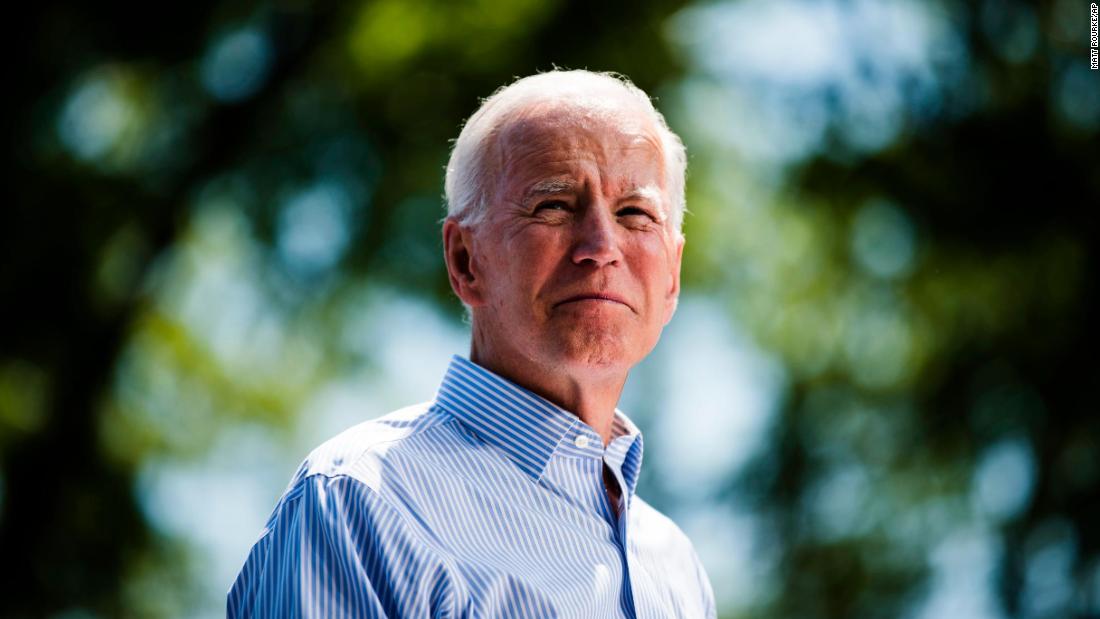 (CNN)The tensions between former Vice President Joe Biden and liberal progressives were on full display this weekend in California, where most of the Democratic Party’s presidential contenders were campaigning.

His absence, however, loomed over the events in California, a delegate-rich state that has moved up its primary earlier in 2020, potentially making it much more pivotal to the nomination-selection process. Handed out at California’s Democratic Convention on Sunday by the Sacramento-based activist group Action for a Progressive Future were flyers that asked: “Where is Joe Biden?”
Portions of the crowd at the convention were openly antagonistic to moderate candidates: Former Colorado Gov. John Hickenlooper and former Maryland Rep. John Delaney were roundly booed for warning their party against going to far to the left in 2020.
Biden’s leading challengers won those audiences over by using him as a punching bag. 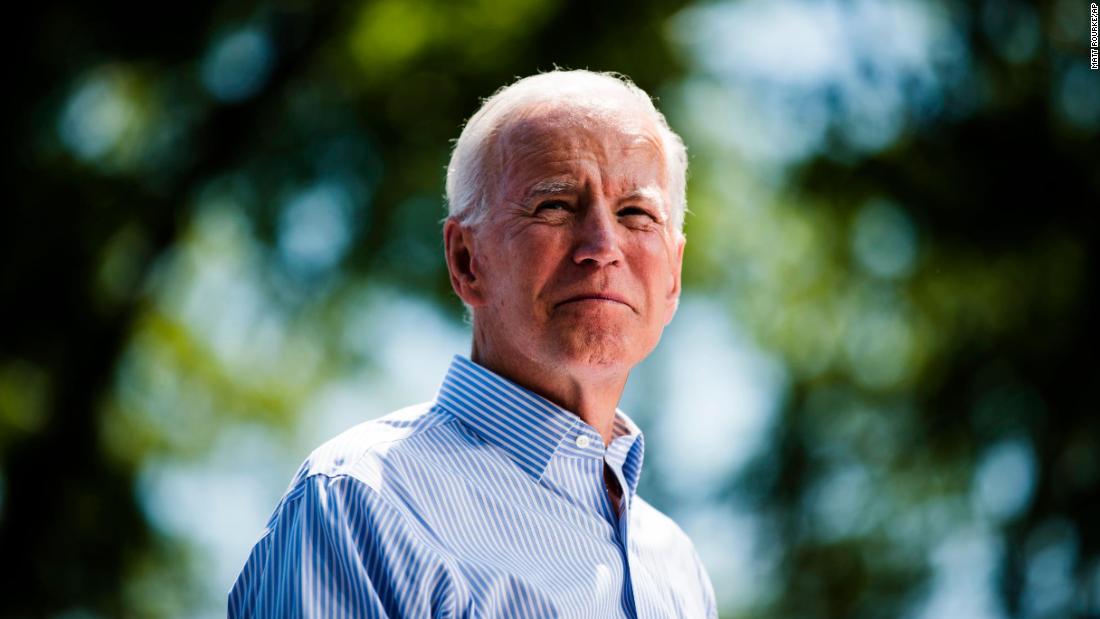 They didn’t say Biden’s name, but they made clear references to his campaigning on the notion that Trump’s four years will be treated as an “aberration,” his calls for a return to normalcy in Washington and his prediction that Republicans will have an “epiphany” once Trump leaves the White House.
“Some Democrats in Washington believe the only changes we can get are tweaks and nudges. If they dream at all, they dream small,” Massachusetts Sen. Elizabeth Warren said in her speech at the Democratic convention.
“Some say if we all just calm down, the Republicans will come to their senses,” she said. “But our country is in a time of crisis. The time for small ideas is over.”
South Bend Mayor Pete Buttigieg hit a similar theme Saturday, saying: “In these times, Democrats can no more promise to take us back to the 2000s or 1990s than conservatives can take us back to the 1950s. We can only look forward.”
Vermont Sen. Bernie Sanders on Sunday continued the barrage of criticism aimed at Biden, casting his 2020 rival as pursuing a “middle ground” ideology and blasting him for skipping the gathering.
“As you all know, there is a debate among presidential candidates who have spoken to you here in this room and those who have chosen for whatever reason not to be in this room about the best way forward,” Sanders said as attendees booed. “So let me be as clear as I can be: In my view, we will not beat Donald Trump unless we bring excitement and energy into the campaign.”
“And unless we give millions of working people and young people a reason to vote and a reason to believe that politics is relevant to their lives,” he said.
Biden’s campaign declined to comment Sunday on the criticism from other Democratic candidates. His campaign over the weekend did roll out the endorsement of former California congresswoman and labor secretary Hilda Solis.
In a statement, Solis said Biden “led efforts to expand access to high quality, affordable health care, protect the environment, and improve the lives of working families — the very issues I have fought for during my entire life in public service. As our next President, Joe Biden will never forget his humble roots as he leads on these important issues from the White House.”
The swings at Biden extended onto the airwaves. On CNN’s “State of the Union,” Massachusetts Rep. Seth Moulton — another Democratic 2020 contender and an Iraq war veteran — criticized Biden for his Iraq war vote in 2002.
Moulton said: “It was a mistake. Because we should’ve been a lot more careful about going into Iraq. We should have questioned the intelligence. We should have made sure that we exhausted every opportunity before we put young American lives in danger.”
Then, he argued Biden’s vote ought to be held against him by Democratic primary voters.
“It’s time for the generation that fought in Iraq and Afghanistan to step in,” he said, “for the generation that sent us there.”
Biden has attempted to keep himself above the fray by keeping his focus on Trump.
In Ohio, he criticized the Trump administration for denying birthright citizenship to the children of same-sex couples and considering making it easier for adoption agencies to reject same-sex couples. He highlighted the killings of five black transgender women so far in 2019.
“That’s outrageous. It must, it must, it must end,” he said. “And the fastest way to end it is to end the Trump administration.”

5 steps to AdSense success - follow these tips and you'll be amazed at how easy it is to make big money with AdSense 5 ways to fin[...]
Read More
⇛ view similar products
How To Win 97% Of Your Trades

You will learn the 3 proprietary adjustments to make that will allow you to turn your losing option trades into winners Once you [...]
Read More
⇛ view similar products
How To Win 97% Of Your Trades

You will learn the 3 proprietary adjustments to make that will allow you to turn your losing option trades into winners Once you [...]
Read More
⇛ view similar products
Write Your Autobiography

Learn to speak Jamaican from our audio lessons. Many of the words you find in the lessons are commonly used in Jamaica and in Jama[...]
Read More
⇛ view similar products
Speak Jamaican

Learn to speak Jamaican from our audio lessons. Many of the words you find in the lessons are commonly used in Jamaica and in Jama[...]
Read More
⇛ view similar products