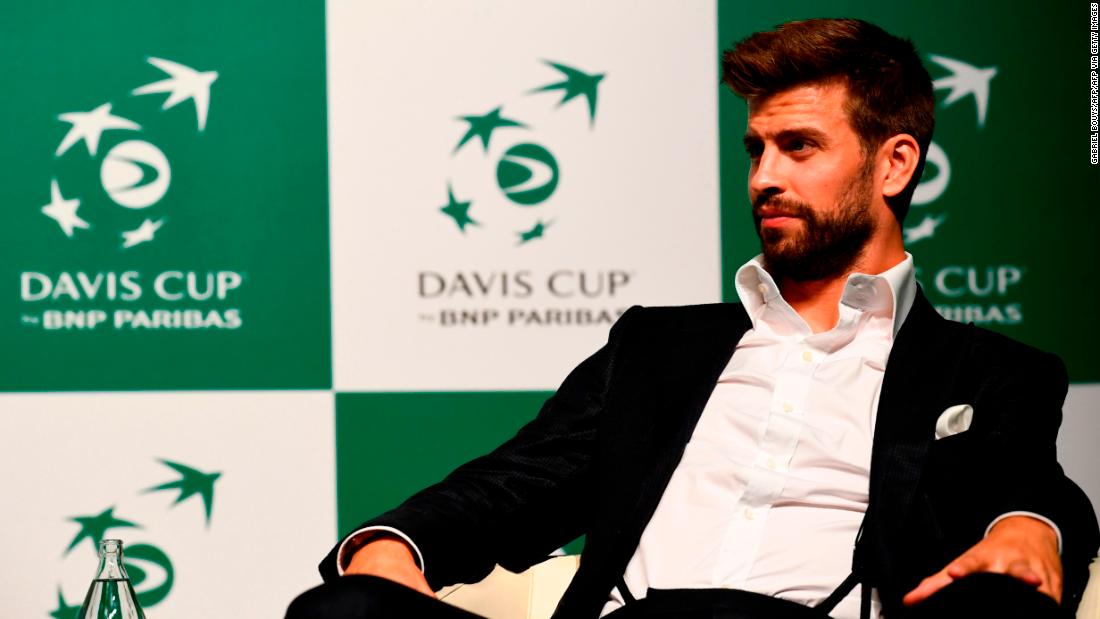 (CNN)He’s a World Cup winner and one of Spain’s most celebrated footballers, but Gerard Pique hopes to avoid an own goal in his controversial $3 billion revamp of tennis’ Davis Cup that began in front of a less than packed house in Madrid this week.

Instead of the traditional three-day format where one nation hosted another — bringing a unique atmosphere and often full stadiums, especially at the highest tier — 18 nations have assembled in Madrid with the champion crowned this Sunday. Matches are contested over the best of three sets after five sets was the norm through 2018.
“It’s the project of my life,” the 32-year-old was quoted as saying by Goal in September.
The top players had long wanted reforms to the 119-year-old competition, without a consensus as to what they should be.
Amid the criticism from some on social media Monday as proceedings began, Pique hit back at former French Open semifinalist Filip Dewulf after the Belgian tweeted a picture with the caption, “15 people sitting on this side of the stands” ahead of Belgium’s clash against Colombia.
“Are you sure there are just 15?” Pique countered after posting a photo of his own, with multiple “crying with laughter” emojis.
But there was more. France’s Alize Cornet, who just won the women’s Fed Cup in Australia, chipped in.
The Fed Cup will also switch to a one-week edition next April in Budapest though Kosmos isn’t involved.
“Dear Gerard, I can see that you’ve never been to a REAL Davis Cup! And that’s not it,” Cornet said.

Players and captains from grand slam nations France and Australia have been among the harshest detractors but the most scathing rebuke has come from Germany’s “Next Gen” star Alexander Zverev.
“I don’t think the format is Davis Cup anymore,” he told reporters at last week’s ATP Finals. “I think Davis Cup is the most historic event that we have in tennis, which is over 100 years old, and Davis Cup is the home-and-away ties.
“I hope people realize that Davis Cup is more than just money and all that like they are offering us now. It’s history, and it’s tennis history. It’s more than just what’s on the table for the players now.”
Zverev, unsurprisingly, is giving Madrid a miss after lining up for his country in February’s qualifying first round, where the home-and-away structure still holds.
He isn’t the lone top-10 player absent, either. Stefanos Tsitsipas and Dominic Thiem — combatants Sunday in the final of the ATP Finals — aren’t around because their countries of Greece and Austria didn’t qualify, while Russia’s US Open finalist Daniil Medvedev withdrew following a draining season. 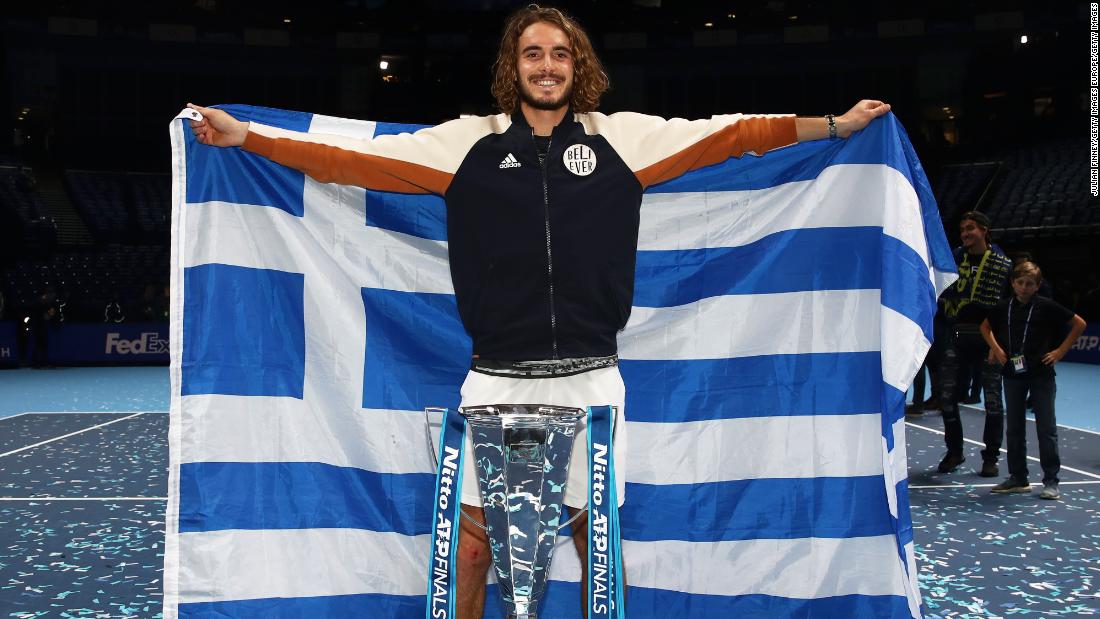 But the biggest casualty is tennis’ best supported player, Roger Federer.
The 38-year-old hasn’t played the Davis Cup since 2015 and wasn’t about to return for a competition he feared could turn into the “Pique Cup.” 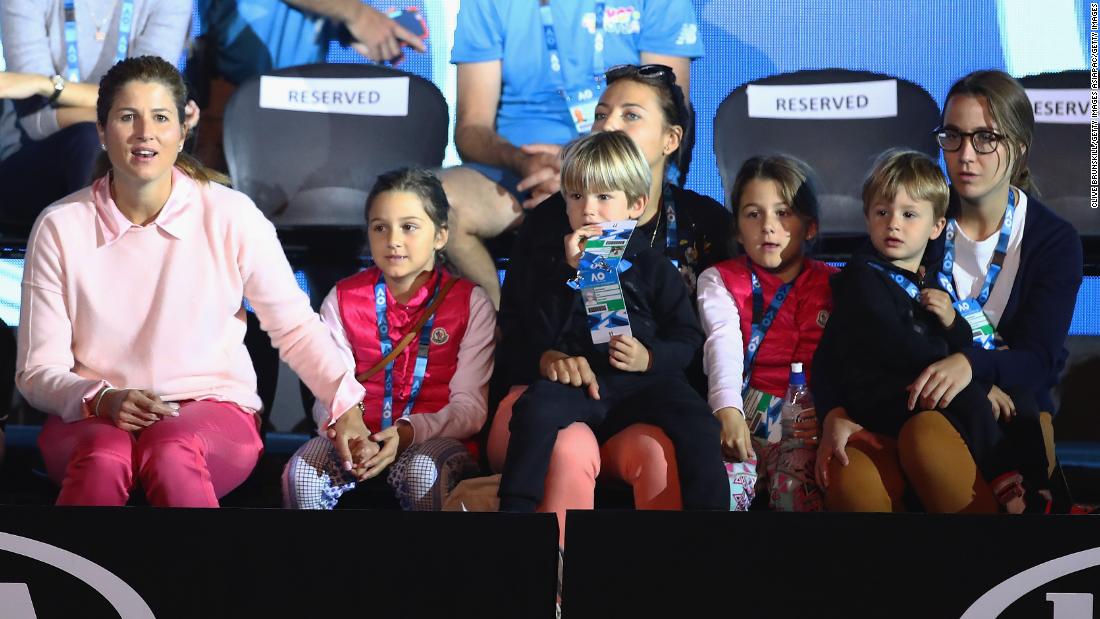 The two other members of the “Big Three,” Rafael Nadal and Novak Djokovic, are competing, as is Andy Murray.
“I admit that it’s a bit odd to see a footballer arrive and meddle in the tennis business,” 20-time grand slam winner Federer told reporters at the 2018 US Open.
“The Davis Cup should not become the Pique Cup. I am globally for innovations. Our sport needs to think a little outside the box to innovate. But it’s a bit like in a part of [building block game] Jenga, you have to be careful not to remove the room that will bring down the whole building.”
It is worth noting that Zverev is represented by Federer’s management company, Team 8, and the two are embarking on an exhibition tour in the off season.
Team 8 is also one of the founders of the Laver Cup, which has become a massive hit with fans. The timing of the Laver Cup in September is more favorable than this week, the end of the season where players could have one eye on the beach following 10 and a half months of play.
And in early January, the team ATP Cup and its $15 million prize pot holds its inaugural edition in Australia.
It comes in a prime slot on tennis’ packed calendar, serving as preparation for the Australian Open. Federer, in a blow to organizers, is also opting to sit that one out. 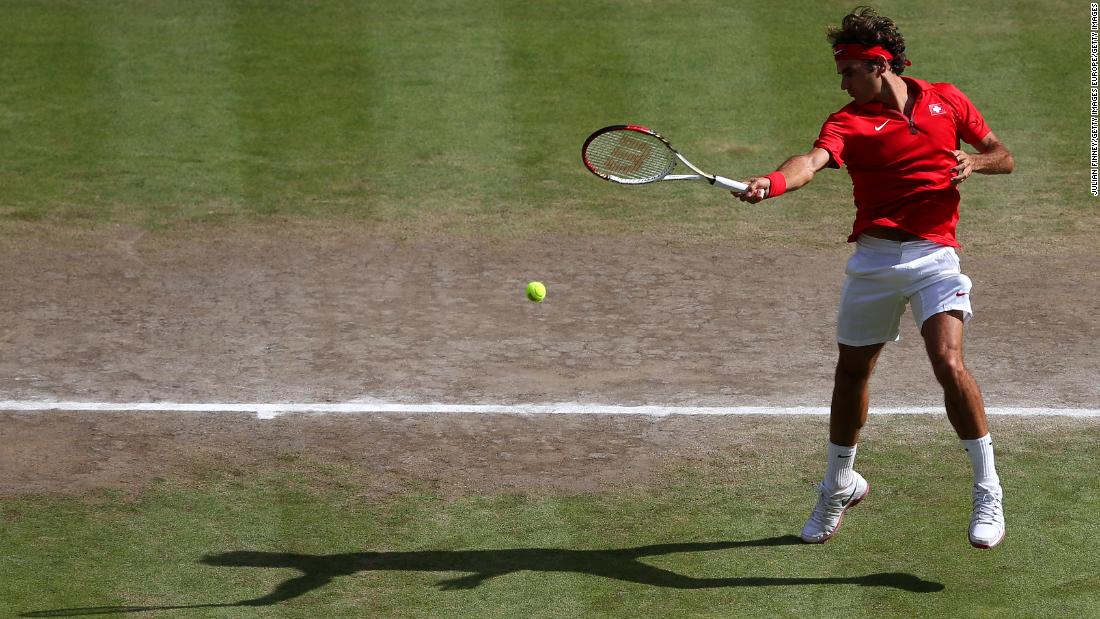 But similar tournaments in such a short span seems far from ideal.
“The good news is there are strong interests in tennis,” Boris Becker, Germany’s captain in the ATP Cup, told reporters at the ATP Finals. “A lot of people want to participate. A lot of people want to organize. There is a lot of money at stake, a lot of points. That’s the good news.
“Now, is that the perfect scenario? No. But I don’t want to talk about the politics in tennis.”
Pique, in an interview with the Observer, said the perfect scenario would be to merge both events.

“I don’t know if there is room in tennis for both events or not,” he said. “History says both events will happen. But I have always said our idea is to open the door with the ATP to arrive at a deal. I think that this is the logical step for the future. We have tried very hard in the past year with them.”
He added that Chris Kermode not being renewed as head of the ATP — he was voted out and being replaced by former Italian player Andrea Gaudenzi — complicated matters.
“Now we know that next year there will be a new president of the ATP,” said Pique. “I think that this will give us another opportunity to sit down and try to write a deal. This is the best thing for the future of tennis. This is our main objective. It doesn’t depend only on us. This is why I cannot assure you of anything. But it is the next step that we want to take.”
In a sport where governing bodies seldom coexist as one happy family, it would be some achievement.
For the time being, all eyes revert back to Madrid and the rest of the week.
Attendances did pick up Monday and an extended stay from the home team led by Nadal — a friend of Pique’s, despite his allegiance to Real Madrid — would help. 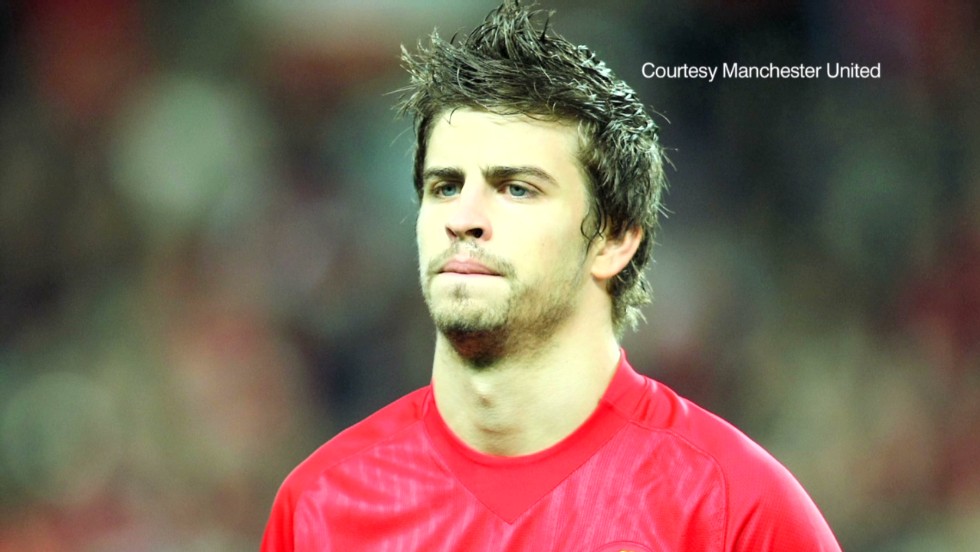 Gerard Pique: Shakira is on my iPod

“Tennis is not always the easiest to make changes in and this is a big change,” Murray, the three-time grand slam winner, was quoted as saying by the Daily Mail. “I think there’s some people that seem to be hoping it doesn’t go well but I hope it goes really well and that it’s a big success.
Visit our tennis page for more news and videos
“The players and all of the fans need to try to give it a chance to see how it goes and I think we’ll have a better idea after the tournament’s finished.”

The Formula For Riches

PLR allows you to rebrand our eCover software as your own, upload it on your server and provide access. You can charge access or p[...]
Read More
⇛ view similar products
Weekly Updated PLR Membership

PLR allows you to rebrand our eCover software as your own, upload it on your server and provide access. You can charge access or p[...]
Read More
⇛ view similar products
Turbo Site Builder Software

What does the Bible teach about us? Have we only a body? Do we also have a spirit and soul? What does it mean that man is created [...]
Read More
⇛ view similar products
Hell Really Exists

What does the Bible teach about us? Have we only a body? Do we also have a spirit and soul? What does it mean that man is created [...]
Read More
⇛ view similar products