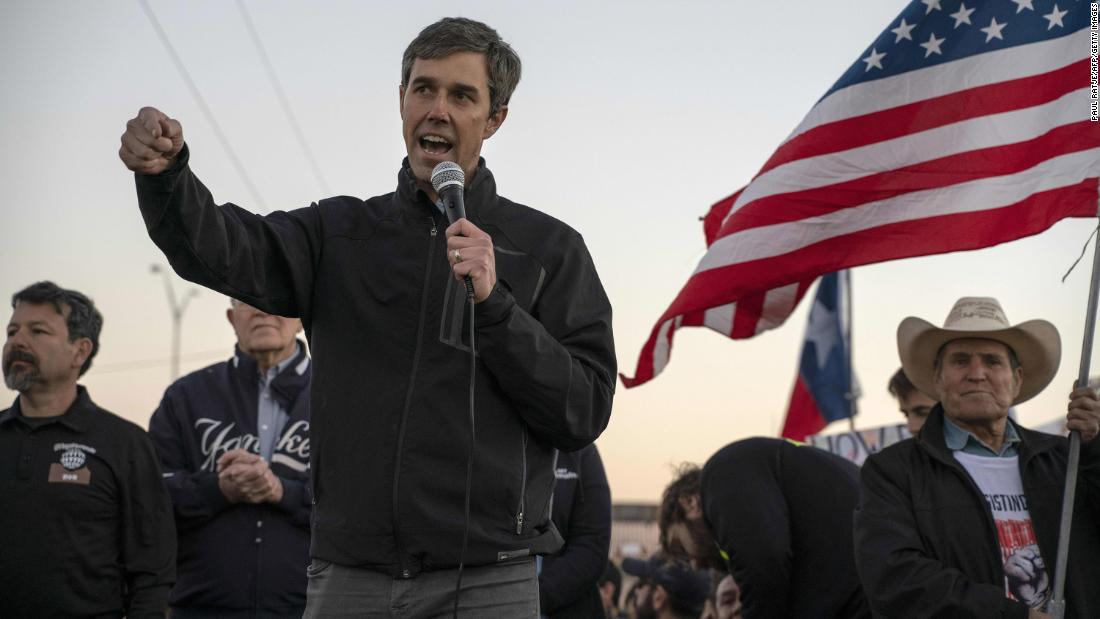 (CNN)Here’s a look at the life of former US Representative Beto O’Rourke, a 2020 Democratic presidential candidate. 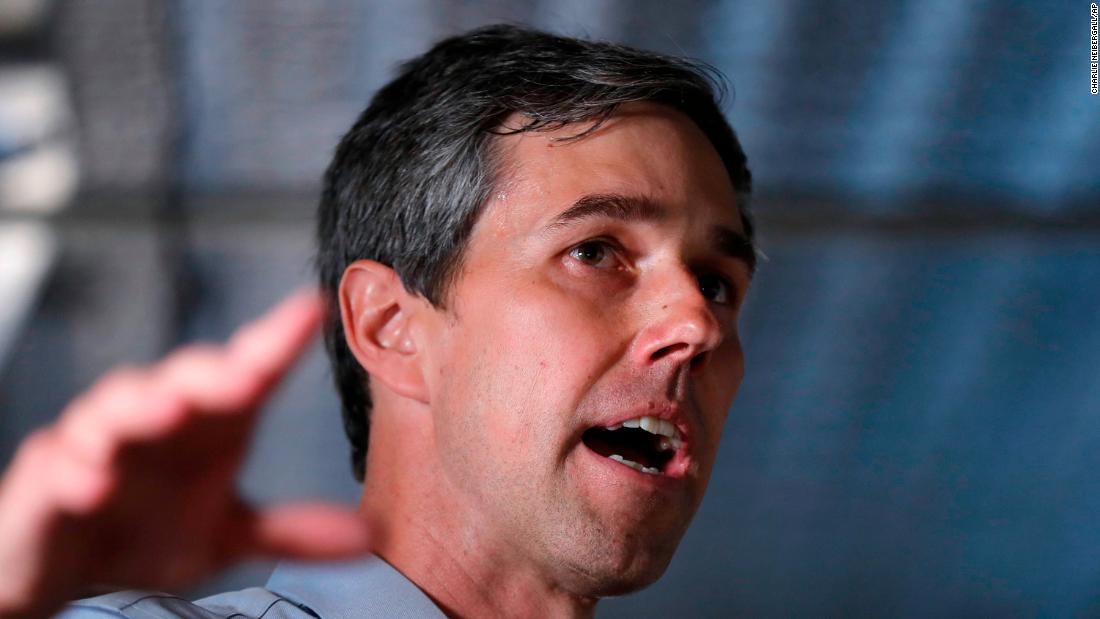 O’Rourke in 2012: The US has an ‘extravagant government’

Other Facts:
The nickname Beto, a shortened version of Roberto, was given to O’Rourke by his parents.
Speaks Spanish fluently.
He named his son, Ulysses, after the Greek hero in Homer’s Odyssey.
O’Rourke was a member of two punk rock bands. He played guitar for the band known as Foss, which released an EP called “The El Paso Pussycats.” He also played with a band called the Sheeps, who wore sheep masks and long johns during performances. 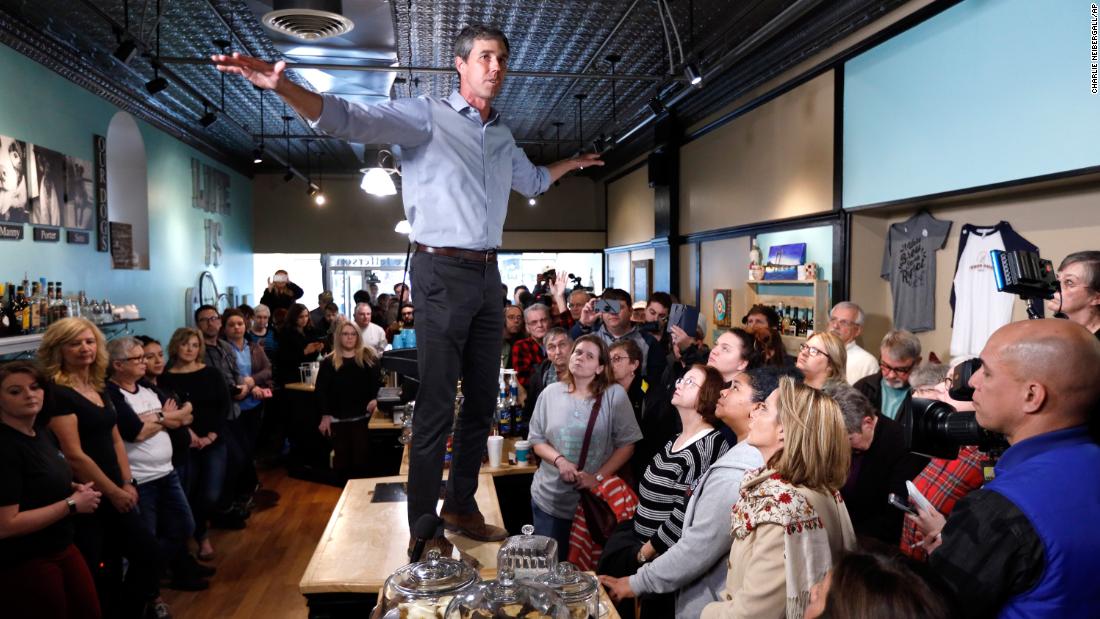 Timeline:
May 1995 – O’Rourke is charged with a misdemeanor for burglary. He later says of the incident that he “jumped a fence at the University of Texas at El Paso which resulted in a burglary charge.” The charge is later dropped.
1999 –At age 26, O’Rourke co-founds Stanton Street Technology Group, an El Paso-based web design company.
September 1998 – O’Rourke is arrested for drunk driving and charged with a DWI. He completes a diversion program and the charges are dismissed. He later refers to the incident as a “terrible mistake.”
2005 – He is elected as an El Paso city councilman, defeating the incumbent.
2013-2019 – O’Rourke wins a seat in the US House of Representatives and serves Texas’s 16th District for three terms.
December 12, 2017– The National Defense Authorization Act for the 2017 fiscal year passes and includes a measure written by O’Rourke, mandating that service members must undergo a mental health examination before leaving the armed forces.
March 22, 2017 – O’Rourke acts as a primary sponsor for the “Honor Our Commitment Act,” which directs the Department of Veterans Affairs to expand mental health services for veterans. The measure passes as part of an omnibus spending bill on March 22, 2018.
March 31, 2017 – Announces he will run for Senate in Texas against the incumbent Ted Cruz.
October 18, 2018 – Takes questions by himself at a CNN town hall. Cruz’s campaign initially accepts but later declines CNN’s invitation to participate.
November 6, 2018 – O’Rourke loses the election for US Senate to Cruz by a 3% margin. His campaign draws national attention because O’Rourke visits every county in Texas and focuses on social media. He also refuses to take money from political action committees. 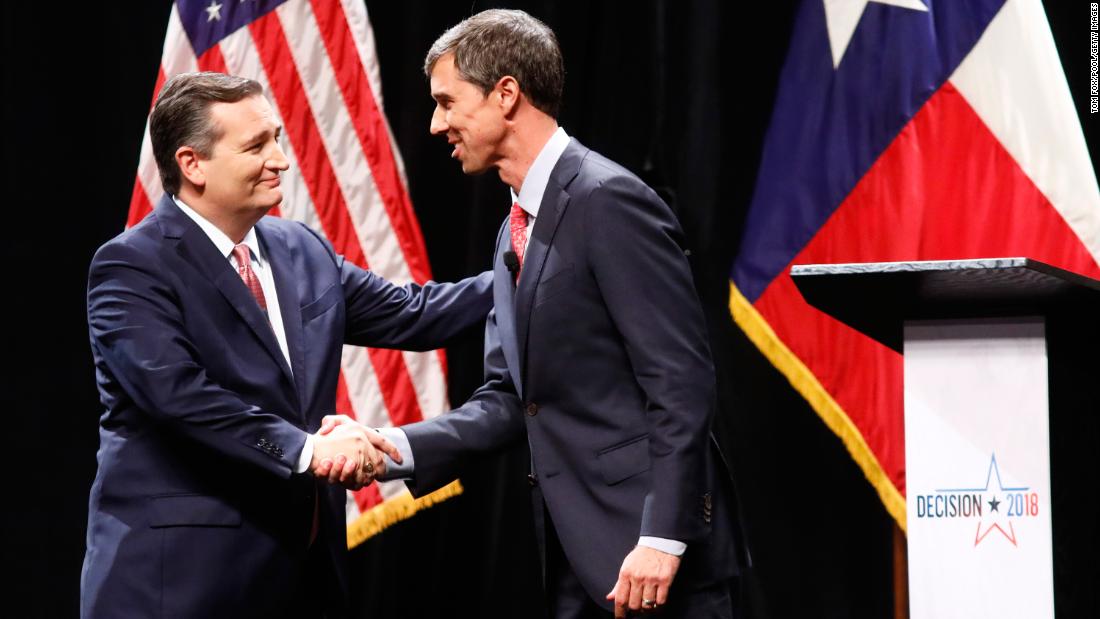 January 16, 2019 – Two weeks after leaving Congress, O’Rourke blogs in a travel-diary-style post on Medium about being “in and out of a funk” and hitting the road to “clear [his] head” as calls grow for him to run.
February 11, 2019 – O’Rourke joins a counter protest, dubbed the “March for Truth,” while US President Donald Trump holds a campaign rally in El Paso.
March 14, 2019 – O’Rourke announces he’s running for president.
March 18, 2019 – Says that he raised $6.1 million in the first 24 hours of his presidential campaign, in what amounts to the largest first-day haul to date of any 2020 Democratic contender.
September 12, 2019 – During the third Democratic debate, O’Rourke reiterates his support for a mandatory gun-buyback program of assault-style rifles and said, “Hell, yes, we’re going to take your AR-15, your AK-47.” O’Rourke’s comments came in the wake of a string of mass shootings in the United States, including in his hometown of El Paso, where 22 people were gunned down at a Walmart in August. O’Rourke unveiled a proposal weeks after the shooting calling for a national gun registry, a nationwide gun licensing system and the mandatory buyback of assault-style rifles as part of his plan to curb gun violence and the rise of white nationalism.

How To Be A Well Liked People Magnet

Teaches you how to use a little known science based formula called the emotional influence principle to literally force people to [...]
Read More
⇛ view similar products
The Lunch-Hour Marketing Breakthrough

Shows People How To Have A Marketing Breakthrough In Their Lunch-hour Can you spare $9.97 and a lunch-break? Then open this guide [...]
Read More
⇛ view similar products
Make Money Doing Voiceovers

PC Repair Tools has received over 50 awards for outstanding product since 2004. Millions of users rely on it for their day-to-day [...]
Read More
⇛ view similar products
The Leader in Windows PC Repair

PC Repair Tools has received over 50 awards for outstanding product since 2004. Millions of users rely on it for their day-to-day [...]
Read More
⇛ view similar products